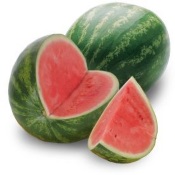 Many indicators and examples which reflect the integration of these two issues are illustrated in the substantive chapters of the book. The indicators include measures which relate to pesticide residues, water quality, deforestation rates, biodiversity, CO2 emissions and similar, and these are given in the appropriate chapters rather than in this introductory chapter. Indicators such as these might normally be understood as measures of the quality of the natural environment, but it seems obvious to me that they are also integral parts of the social and human environment.

Despite this integration of the issues and the need to view developmental and environmental issues in a holistic light, there is still a widespread tendency to treat environmental problems as separate and apart from society. In the western capitalist world, environmentalists themselves are often ridiculed for their supposed divorce from realpolitik and characterised as tree-huggers and as successors to the hippy generation.

The view from right wing circles in Central America, however, is sometimes rather different where those who protest on environmental grounds are viewed as ‘water melons’ – that is, they are green on the outside and red on the inside, alluding to the colour of their politics. This is a hangover from the days when the enemy perceived by the established forces of society (that is oligarchic government and the military forces which protected the oligarchy) was communism. Those who protested during the insurgencies and wars of the second half of last century were simply deemed to be ‘communists’, a label that needed no further explanation to justify repression, violence and assassination. The use of the water melon label is intended to provide the same simple justification for repression against those who today protest against illegal logging, water pollution incidents, open cast mining, campesino displacements and the like. As we shall see in the following chapters, it is no exaggeration to say that the dark forces of the death squads and all they represent and protect are just as active now against the water melons as they were when the enemy was more easily identifiable as communists. If this sounds a little extreme, I refer the reader to several of the text boxes in Chapter 9, especially those headed ‘You couldn’t make it up’.

Such labels would be amusing if they were not seriously used by some of those who perpetrate the violence against a wide range of their fellow citizens, the environmentalists, social activists, trade unionists, journalists, community participants, and many others who seek social and environmental justice. As witnessed by the case studies, those who seek to defend their communities and their environment from damage are usually at the receiving end of the violence whilst those who pursue what are often called ‘development projects’ (especially on their websites) are those who practice violence in pursuit of the profits associated with the project.