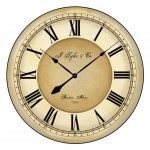 In this book and website, I try to show how the last three decades of development-dominated international politics has manifested itself on the ground in the region of Central America.

The time scale covered by the case studies examined in the book extends back to the late 1980s when the region began to emerge from its wars and the approaching finale of the global Cold War began to usher in a period of western-led development. For Central America, this meant the start of a period of neoliberal economic development in which state assets and services were to be privatised, liberalised and deregulated, and Structural Adjustment Policies (SAPs) were imposed on the national governments by the International Monetary Fund (IMF). The period also coincides with a growing global environmental awareness that manifested itself in the 1992 Rio Conference, other UN-organised mega-conferences, the UNDP’s Human Development Reports and international development targets.

Although development in Central America before and during the Cold War is covered in other works (for example, Victor Bulmer-Thomas, Bill Weinberg, Duncan Green and Jenny Pearce – see the Bibliography), I reserve the right to search a little further back in history for explanations relating to a few case studies which cannot be understood without reference to events that took place before this latest period of the late 1980s onwards.