In 2019 former World Bank economist and major critic of the notion of neoliberalism, Joe Stiglitz, wrote an article entitled ‘End Of Neoliberalism And The Rebirth Of History’. It was essentially a summary of the deception associated with neoliberal economic development and its related idea that the wealth created by austerity would eventually trickle down to the poorest in society. As Stiglitz said,

In rich and poor countries alike, elites promised that neoliberal policies would lead to faster economic growth, and that the benefits would trickle down so that everyone, including the poorest, would be better off. To get there, though, workers would have to accept lower wages, and all citizens would have to accept cutbacks in important government programmes.

Stiglitz correctly asked how wage restraint and reduced government programmes could possibly add up to higher standards of living and suggested that the whole neoliberal programme was in fact a huge act of deception based on a belief that markets would self-regulate in the interests of human development. The privatisation and deregulation policies associated with this market liberalism were crucial in leading us first into the 2008 global financial crisis and most recently into the crisis of democracy and trust in governments. He argues that the climate crisis should dispel this belief in unfettered markets and the practice of externalising social and environmental costs and should lead us to a new enlightenment.

This is a theme that runs through many articles included here in The Violence of Development website. Following Hedelberto López Blanch, we would ask why anybody would see neoliberalism as a benign influence on societies:

Unemployment, indebtedness, tax adjustments, inflation, decreased purchasing power, hunger and poverty is the general scenario readily observable in countries which have opted for implementing neoliberal policies imposed by the United States and international financial organisations with the consent of the local domestic oligarchies.

… we witness the downfall of the ruling model promoted enthusiastically by the governments of advanced capitalist countries; institutions like the International Monetary Fund (IMF) and the World Bank; and self-righteous individuals and establishment politicians. 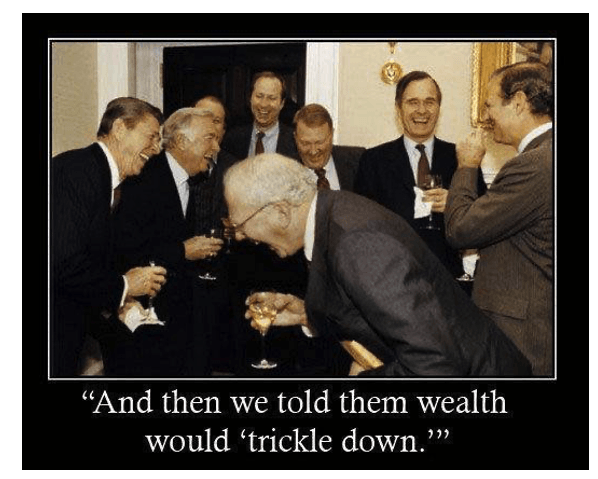 In yet another 2019 article entitled ‘Burn, Neoliberalism, Burn’, Pepe Escobar also considered that the Latin American elections of 2019 were of major significance in the demise of neoliberalism. He believes those elections to have been a major ‘blowback’ against neoliberal economic development and its associated policies of privatisation and deregulation. He does at least admit, however, that:

the spectre of IMF vulture ventures won’t vanish in South America like a charm; … What remains absolutely off limits for the guardians of the current world system is to really investigate hardcore neoliberalism as the root cause of wealth hyper-concentration and social inequality.

We find ourselves very much in agreement with all of these authors. Our difference is only that we believe that neoliberalism will not disappear quickly and quietly; not that Stiglitz, López Blanch and Boron necessarily believe that it will. But the move to Stiglitz’s new enlightenment will take much time, activism, protest and research, and the drivers of neoliberalism will fight tooth and nail to ensure its continuing power and influence.

Joseph E. Stiglitz, 14 November 2019, ‘End Of Neoliberalism And The Rebirth Of History’,  Project-syndicate.org