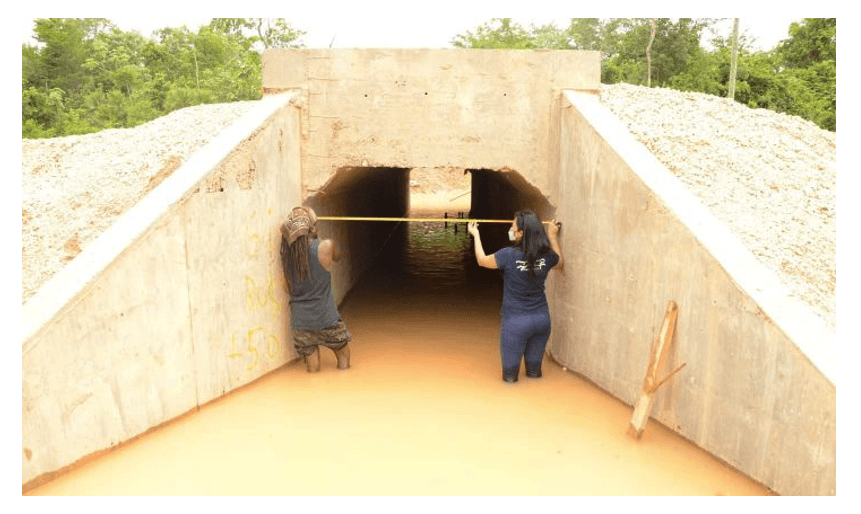 In August this year [2021], Rubén Morales Iglesias reported for Breaking Belize News on the construction of wildlife underpasses to enable animals to cross the Coastal Road of Belize.

Panthera-Belize is the Belizean branch of the international organisation known as Panthera, whose Jaguar Corridor Initiative tries to protect jaguars throughout their whole six million square kilometres range. Pantherea-Belize has been advising the Belizean government on the construction of wildlife underpasses beneath the Coastal Road.

Panthera focuses on reducing the impacts of human development on panther populations and on mitigating human – jaguar conflicts by, for instance, training agriculturalists in building jaguar-proof livestock enclosures. In Central America, Panthera works with the governments of Belize, Costa Rica, Honduras, Nicaragua and Panama.

In Belize, conservationists are working to create the Maya Forest Corridor connecting the Belize Maya Forest in the north-west of the country with the Maya Mountains Massif network of protected areas in southern Belize.

Panthera-Belize have monitored the area using camera traps and have so far documented up to 25 jaguars using land on either side of the Coastal Road. But not only jaguars inhabit the area. Pumas, tapirs and other wildlife species live on either side of the highway. The underpasses should help all of these populations to carry out their short-range and long-range movements and migrations.