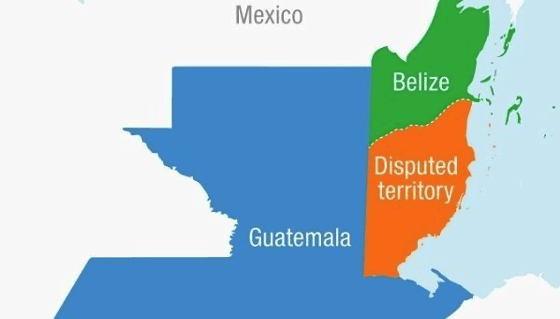 In April 2018, over 95% of Guatemalan voters (with a low turnout of only 25%) voted in favour of referring the decision about the border dispute to the International Court of Justice (ICJ) based in The Hague, although the two countries had already, in 2008, agreed to allow the ICJ to resolve the dispute. In April 2019, Belizeans also approved the reference of the dispute to the ICJ by a 55% to 45% majority.

Relations between the two current governments are cordial and on 8th March this year (2021) the Latin America News Dispatch reported that officials from the two governments  met at the disputed border between the two countries on 4th March, the first time that such a meeting has taken place. In the meeting, which took place at an Organisation of American States (OAS) office, Belize Foreign Minister Eamon Courtenay and his Guatemalan counterpart Pedro Brolo Villa expressed a shared desire to improve relations between the two countries, which have deteriorated because of the border dispute. Since independence, Guatemala has claimed all or part of the territory of Belize.

Despite the cordial governmental relations, the last two decades have witnessed various illegal incursions and resource thefts by Guatemalans in the disputed territory and numerous killings of Guatemalan squatters by Belizean civilians and soldiers. At times even air travel between the two countries has been affected.

The ICJ is currently analyzing briefs submitted by each country.