Since El Salvador adopted the US Dollar as the country’s main currency, both sides of the political spectrum have questioned the lack of economic autonomy that comes with being tied to the US Federal Reserve. Now as President Bukele pushes for the formal adoption of bitcoin as legal tender, Doug Specht writes on the political, economic, and environmental implications of such a move. This article has previously appeared in Geographical Magazine and the newsletter of the Environmental Network for Central America, and is reproduced here with kind permission of the author. 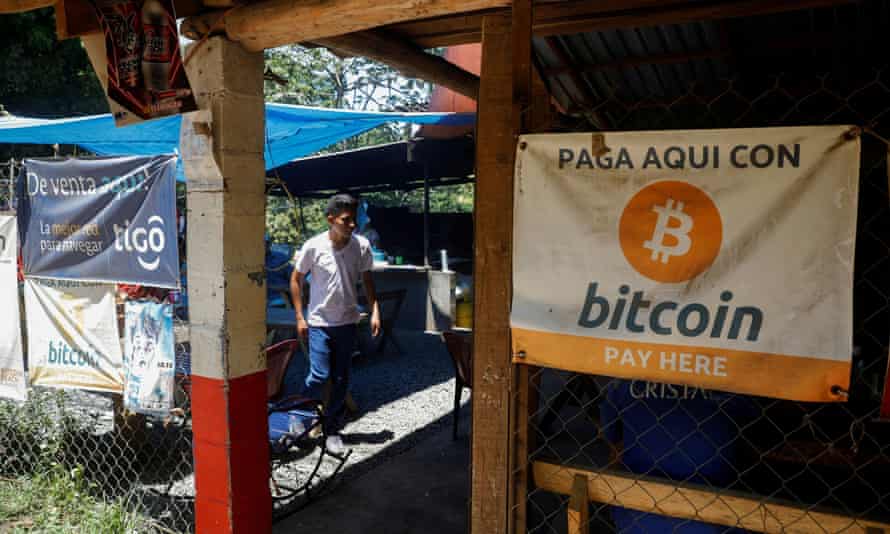 On 9th June 2021, El Salvador’s congress approved President Nayib Bukele’s proposal for Bitcoin, one of the world’s largest cryptocurrencies, to become legal tender within the nation. This will move the currency from a form of payment that businesses can choose to accept (Bitcoin is already legal in El Salvador, as it is in most countries) to one that they have to accept. Celebrating his win, Bukele quickly changed his profile picture on Twitter to one in which lasers are shining from his eyes, a move that did not go unnoticed by other crypto enthusiasts such as Elon Musk. To these enthusiasts, the act is seen as paving the way for Bitcoin to become more mainstream and accessible. Others, though, question why any government would wish to link themselves to a currency that sees wild volatility—in the week following the Salvadoran Congress’ approval, Bitcoin’s value fluctuated between US$38,200 and US$31,428, having previously hit more than US$58,000 through May.

So why would Bukele want to bring such a currency to the country? The reasons are complex and multifaceted. First, Bukele has earned a reputation of being technologically savvy and paints himself as much a social media star as a president. This, along with his promises to be radically different from the Farabundo Martí National Liberation Front (FMLN) and the Alianza Republicana Nacionalista (ARENA), political parties that have dominated Salvadoran politics since the end of the Salvadoran Civil War, helped him win over young voters in 2019, leading to his election. Bukele enjoys announcing his ideas and policies on Twitter. Unlike former US president Donald Trump, though, his content is clever and nuanced and often draws upon longstanding Internet jokes and memes. Although Bukele’s personal futurist ambitions are surely the catalyst for this move, it is El Salvador’s complex financial and political history that have paved the way for the adoption of Bitcoin.

In 2001, El Salvador moved away from its own currency—the colón, which was adopted in 1892—and made the US dollar its legal, and only, currency. Although places such as Ecuador undertook dollarization to stem runaway inflation, El Salvador’s move was less driven by a moment of economic crisis—though it did reduce interest rates in the short term. Instead, it was the consequences of living in the United States’ backyard that forced El Salvador’s hand. Political turmoil, the bloody civil war, and US foreign policy led to the emigration of many Salvadorans to the United States. This saw trade links and remittances grow as expats transferred dollars back to El Salvador. In 2016, these remittances accounted for 17 percent of El Salvador’s GDP, around US$4.6 billion. The US has also accounted for up to 60 percent of El Salvador’s export trade. These transactions were smoothed by dollarization, but as the colón stopped circulating, El Salvador’s central bank ceased to have any role in monetary policy, with this now resting in the US Federal Reserve’s hands. The long-term benefits to El Salvador have been questioned, and many have called for the end of the US dollar in El Salvador and for the country to regain control of its reserves.

Bukele has announced this regaining of control, as well as both the boosting of the economy and increased ease of transferring remittances as reasons for Bitcoin adoption. However, his assertion that the Salvadoran GDP will increase by 25 percent if 1 percent of Bitcoin is invested in the country has been widely questioned by economists, who note that his cited Bitcoin market cap of US$680 billion is unstable and that most bitcoin owners will not be looking to invest in El Salvador. Furthermore, given that El Salvador has one of the lowest rates of Internet connectivity in the Americas, it is hard to see how the wider population will be able to embrace Bitcoin for the collection of remittances or otherwise.

If the economic reasons for Bitcoin adoption are questionable, it might still be seen as a politically astute move. Talk of smoothing remittances will win over overseas voters. It will also be seen as a step towards further independence from the US, a policy that can win votes on both the political left and right. El Salvador might have been economically better off if it had adopted a cryptocurrency that was more stable, but these, being linked one to one to the US dollar, would have been much less of a political statement.

As a way to court voters, though, with perhaps little real economic gain, the adoption of Bitcoin might have some deeply significant and very real impacts on the lives of Salvadorans—unintended consequences of Bukele’s desire to appear ultra-modern. The digital mining of Bitcoin, like other crypto currencies, involves – in simple terms – using sophisticated and high-powered computers to solve extremely complex computational maths problems, the completion of which is rewarded with the production of a new bitcoin which can be store in a digital wallet, and then used for purchases and trading. This process is hugely power intensive, using dozens of terawatts of electricity per year—more than the whole of countries such as the Netherlands. And with a large amount of Bitcoin mining taking place where electricity is the cheapest, the environmental impact is huge.

China has the most Bitcoin mining facilities of any country by far, and although the country has been slowly moving toward renewable energy, about two-thirds of its electricity comes from coal. The Cambridge Centre for Alternative Finance estimates a single transaction of Bitcoin has the same carbon footprint as 680,000 Visa transactions. Other currencies such as Ethereum have made promises of being more environmentally friendly, but with little oversight of the crypto-mining industry these promises are hard to measure.

With El Salvador being highly susceptible to climate change, pushing for the use of such an environmentally damaging currency seems short-sighted. The World Bank already predicts that weather-related events and other hazards caused by climate change mean El Salvador is incurring annual losses of around 2.5 percent GDP. Severe weather events driven by climate change have also led to a significant loss of life, habitats, and biodiversity in the last 30 years. Unregulated and unabated crypto mining will further drive climate change, making living in many parts of the world increasingly difficult, including Central America.

Bukele claims to be bringing El Salvador into the future with cryptocurrency. His choice of Bitcoin, though, rather than those that claim more environmental credentials or those that are securely connected to the US dollar, suggest that this is little more than a political gimmick—and one that could have serious environmental consequences that cannot be outweighed by any financial gains.