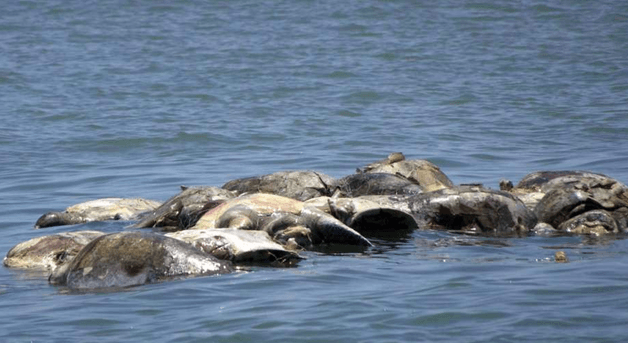 Around 300 endangered Olive Ridley sea turtles were found dead and floating off Mexico’s southern coast in August. This follows a similar die-off close to Jiquilisco Bay on the coast of El Salvador in November 2017.

It is thought that the most recent case may be due to asphyxiation, fish hooks or harmful algae, but the matter is still under investigation. In the earlier case of the Jiquilisco die-off, the turtles are believed to have died in what is known as a ‘red tide’, in which nutrients or chemical runoff causes toxic algae to bloom, releasing deadly compounds into the water.

The articles in the following links give further details about both die-off events.