Our entire GJEP team went to the UN Climate Conference this month to strengthen and empower the climate justice movement by lifting up the voices of communities being directly impacted by climate change, the fossil fuels industry or false solutions to climate change (like industrial-scale biofuels or forest carbon offsets schemes). 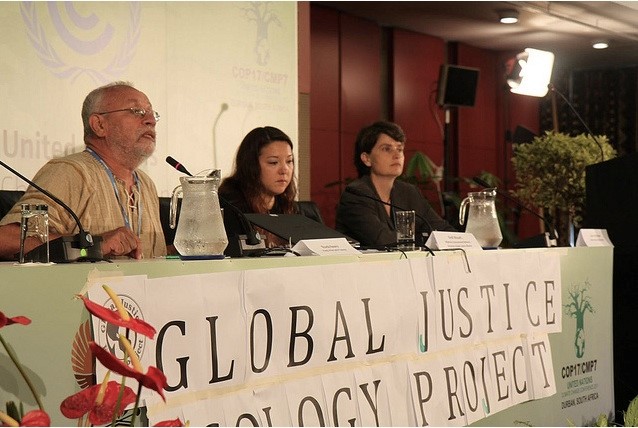 As part of this effort, we sent reporters a list of climate justice experts and front line community representatives that were in Durban and available for interviews. Journalists gave us very positive feedback about this and appreciated our making it easy for them to include climate justice perspectives in their reporting.

We also sent out more than a dozen press releases and helped organise press conferences to highlight the climate justice point of view regarding important issues being negotiated. 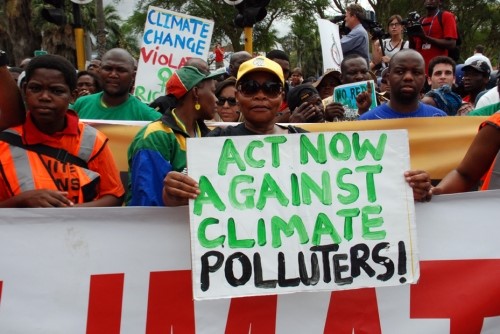 By the end of the climate conference, it was evident that the agreements reached were going to be a disaster for the diverse ecosystems and millions of people already suffering from the impacts of climate chaos. So we took action. On the final day of the Climate Conference, two of our youth delegates and I occupied the halls of the convention centre with hundreds of youth activists from around the world. We staged a sit-in, were arrested, “de-badged” and ejected from the conference grounds. 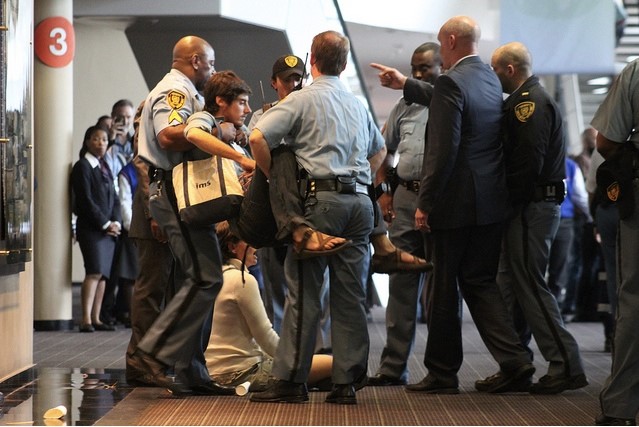 “I took this action today because I believe this process is corrupt, this process is bankrupt, and this process is controlled by the One percent. If meaningful action on climate change is to happen, it will need to happen from the bottom up. The action I took today was to remind us all of the power of taking action into our own hands. With the failure of states to provide human leadership, and the corporate capture of the United Nations process, direct action by the ninety-nine percent is the only avenue we have left.”

Global Justice Ecology Project is one of the very few organisations inside the UN Climate process to take direct action against the corporate takeover of the UN climate talks.

Thank you for your support.

[i] Global Justice Ecology Project explores and exposes the intertwined root causes of social injustice, ecological destruction and economic domination with the aim of building bridges between social justice, environmental justice and ecological justice groups to strengthen their collective efforts. Within this framework, our programmes focus on Indigenous Peoples’ rights, protection of native forests and climate justice. We use the issue of climate change to demonstrate these interconnections. Global Justice Ecology Project is the North American Focal Point of the Global Forest Coalition.