Nicaragua has begun the process of leaving the OAS which organisation Nicaragua accuses of undermining and subverting the process of democracy in that country and elsewhere. Certainly the OAS has been at the forefront of intense criticism of the Nicaraguan government to put it mildly. It would seem to be a significant step for any Latin American country to take, and so it is appropriate to at least record the event in this website under the heading ‘Selected political developments in Central America’. TeleSur published the letter sent by the Nicaraguan government to the OAS and we reproduce the letter here by way of outlining the reasoning behind the Nicaraguan government’s action. Clearly, the OAS would refute the claims made in the letter. 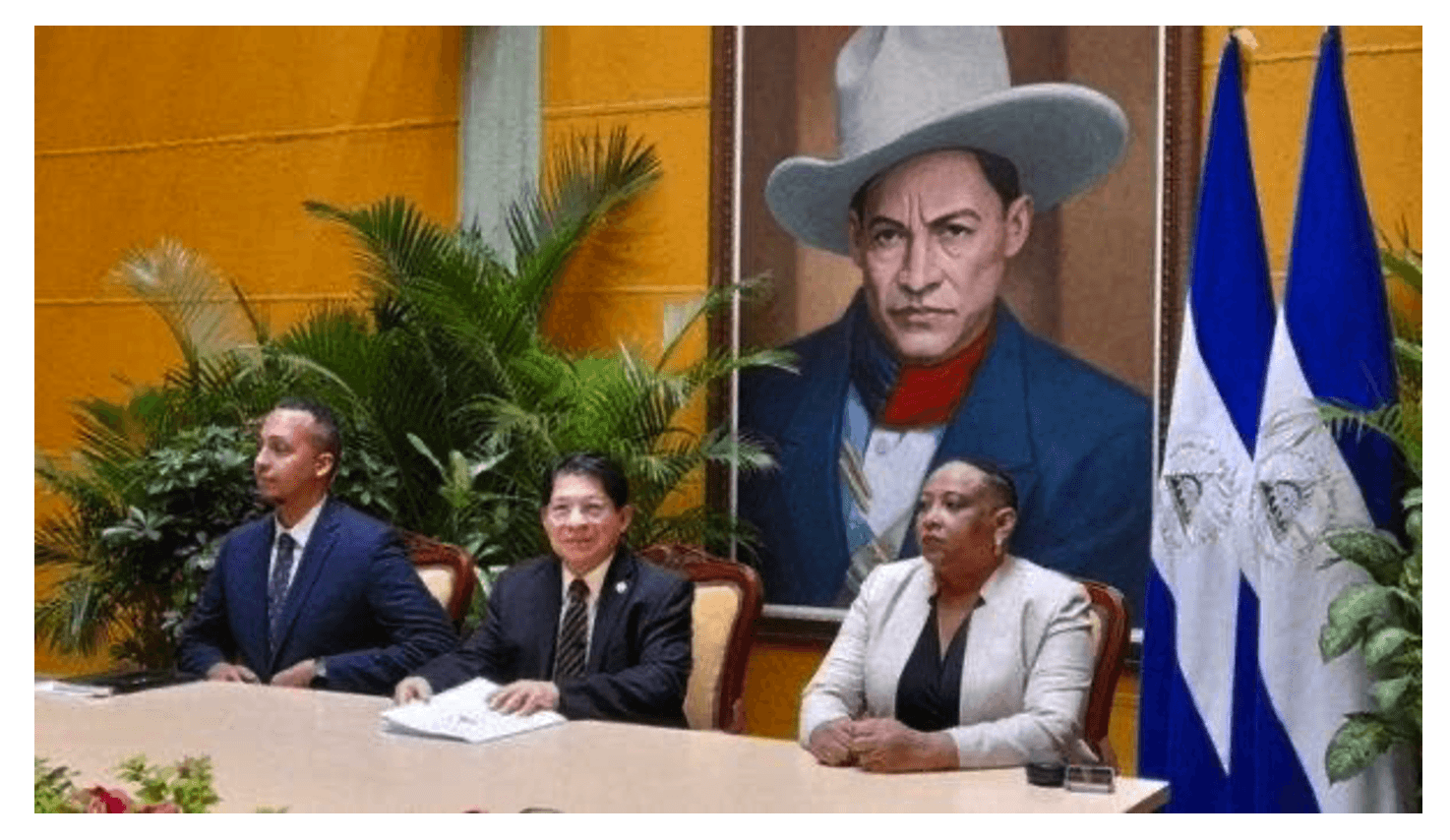 This Central American country resigned from being part of an organisation through which the United States tries to impose its hegemony and overwhelm the will of the peoples.

On Friday, Nicaragua’s Foreign Affairs Minister Denis Moncada announced his country’s decision to leave the Organisation of American States (OAS). The following is the letter sent by the Nicaraguan government to the OAS Secretary Luis Almagro:

7 . We do not view ourselves as a Colony of any Power, and we claim National Dignity and Decorum, in legitimate defense of our Independence, Sovereignty and Self-determination, in the face of aggressive actions, violations of the UN Charter and International Law by the Organisation of American States, the United States of North America and of other Colonialist and Neocolonialist Entities, which at this point in Life, believe that they have the power to subdue and humiliate our Worthy People and Government.

It is the duty of all Nicaraguans to preserve and defend these rights.” Likewise, it is based on the above-mentioned, Sovereign Declaration of the National Assembly; on Agreement No. 126 of the Supreme Court of Justice; on the Agreement of Proclamation and Adhesion of the Supreme Electoral Council; on the Declaration of the Caucus of Congressmen and Women before the Central American Parliament, for the State of Nicaragua; and the Vienna Convention on the Law of Treaties.

As instructed by the President of the Republic Commander Daniel Ortega Saavedra, in defense of dignity.