Even in Costa Rica where at least 90 per cent production of electricity from renewable sources, the Costa Rican Electricity Institute (ICE) has been blamed for failing to invest in new sources of renewable energy, this leading “to the increase in reliance on fossil fuels to generate energy.”[i] In 2000, however, attempts to privatise the ICE sparked public protests and strikes on a huge scale, grand enough to force withdrawal of the proposed legislation. “Few argue that the services don’t need improvement, but opponents say the bill is too deeply tied to the personal financial interests of several political families.”[ii] Efforts to privatise the electricity generation sector disappeared from view for a few years, and from 2005 to 2007, the amount of power produced by thermal (fossil fuels-based) energy crept up from 3.5 to 8.2 per cent.[iii]

In February 2008, then President Oscar Arias announced his goal that Costa Rica would become carbon neutral by 2021. Since then, efforts to privatise have begun to re-surface, linked to attempts to increase the proportion of energy produced by renewable sources. Interestingly, the privatisation moves are also linked to attempts to promote small-scale energy generation. In March 2011, Arias’s successor, President Laura Chinchilla, issued a decree ordering ICE officials to promote small-scale power generation on the grounds that opening the electricity market to private companies would boost “the growth of small-scale power-producing businesses across the country.”[iv] Carlos Wahrman, an energy consultant, explains the thinking behind this move:

The Costa Rica Electricity Institute (ICE) has been designed to take on enormous endeavours, such as blasting mountains, building dams, flooding acres of land and changing landscapes. But ICE is totally unable to build small power generation plants because of its size. That’s where private initiative steps in.[v] 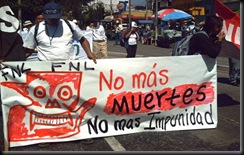 Rather than an explanation, this sounds like questionable reasoning for privatisation, and it highlights the problems caused by large-scale electricity generation with its talk of blasting mountains and flooding acres of land. It also raises the question of why large companies or institutions are unable to work at the small-scale. Logically, it is easy to see why small companies may not be able to work at the large-scale; but there is no reason why large companies cannot work at the small-scale. With such feeble justifications it is not surprising that opposition to the privatisation promotion strategy is likely to rise again. As José María Villalta, a congressman for the Broad Front Party has said:

We have an electricity generation strategy that has worked almost flawlessly. The country has decided to take the path of renewable, cheap, environmentally friendly energies, and ICE has performed amazingly. The only people that would like to see energy competition under free-market rules are the ones who would [financially] benefit from it.[vi]

Indeed, in 2011 there was certainly some salivating within the business community that the privatisation of the ICE was likely in the near future, as a Business News Americas headline testified: “ICE seen likely to consider privatisation within next 5 years.”[vii] As a clear supporter of privatisation, President Laura Chinchilla and the business community are waiting only for the right moment when they consider they can gain approval for the ICE privatisation, but it is unlikely to occur without a fierce battle with a Costa Rican public that has managed to defeat the move once already and has been emboldened by victory in other battles such as a ban on oil exploration.