A listing such as this is also given in ‘The Violence of Development’ book, but this website listing is marginally fuller in detail, although still only includes just a few of the many projects around the region.

In Honduras, the Nordic Development Fund has financially supported the installation of 253 solar panel energy systems in the same number of communities, mostly isolated from the national grid.[i]

In Guatemala in 2004, the NGO Fundación Solar (with financial collaboration from the UNDP, USAID and the GEF, amongst others) installed 180 photovoltaic (solar) systems in six rural communities in the department of Quiché.[ii]

Also in Guatemala, in 2010, the Japan International Cooperation Agency (JICA) began support for the 7-year development of a power grid to reach the country’s poorest regions where electricity is absent or limited, placing special emphasis on solar power and small-scale hydroelectricity plants.[iii]

In 2009, a group of 16 student volunteers from the University of California, San Diego (UCSD) installed a small photovoltaic system on the densely populated island of Nusatupu in Kuna Yala (Kuna territory).[iv]

Also in Panama in 2006 and 2007, the US Environmental Protection Agency (EPA) funded Engineers for a Sustainable World at Northwestern University (ESW-NU) in collaboration with Panamanian NGO CEASPA (the Panamanian Centre for Social Studies and Action) to provide and install a series of six solar panels in the village of Santo Domingo, Colón province, to provide energy for electric fencing around the community’s livestock (as a deterrent to jaguar predation) and for the recharging of car batteries from which run all other electrical appliances in the village.[v]

Since 2007 the European Union has promoted a Euro Solar programme in Latin America’s eight poorest countries. In Nicaragua this is providing community photovoltaic electricity installations in around forty villages in the North Atlantic Autonomous Region (RAAN). Each installed facility includes telecommunications and internet, a printer, projector, lighting for community installations, a refrigerator for medicines and vaccines, a battery charger and water purifier.[vi] 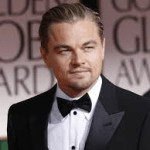 In Belize, having bought the island of Blackadore Caye in 2005 (for US$1.75 million in partnership with Jeff Gram, owner of the exclusive Cayo Espanto Resort), Leonardo DiCaprio has drawn up plans to turn it into a luxury resort based on sustainable design, using solar power, for instance, for the landing strip.[vii]

Throughout Central America, there are many small-scale solar powered oven schemes. The Central America Solar Energy Project for instance promotes solar cookers in Honduras, Guatemala and Nicaragua[viii], and numerous other NGOs support similar schemes to reduce firewood use and improve womens’ health.

One of the region’s largest solar power schemes (but still small by global standards) was put forward by the government of Japan (through JICA) which in 2011 offered the government of Belize a $20 million photovoltaic solar panel system built on just over 2 acres of the University of Belize’s land in the capital city Belmopan. The university will manage and maintain the project after construction is complete and will sell the electricity to Belize Electricity Limited, the country’s primary distributor of electricity. 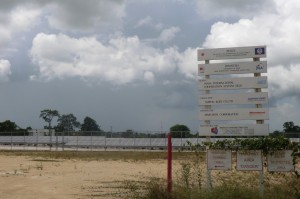 In Costa Rica, the CNFL (National Power and Light Company) is financing a $1 million programme, installing two solar panels on each of 500 homes. The individual and household participants have no costs to cover, and actually receive a monthly fee for renting their roof, but the equipment belongs to CNFL. If the house uses more than 400 watts, the extra watts required come from conventional electricity sources. If the demand is lower than 400 watts, the excess goes to the national electricity distribution system.