The southern zone of Jiquilisco Bay has become the country’s priority concern for human health and environmental protection due to critical levels of contamination in the watercourses and saltwater mangrove swamps. A year ago health authorities were alerted to very high incidence of kidney disease, following a survey conducted by Cuban renal experts. The survey found that 11 out of every 100 inhabitants in the Jiquilisco and Bajo Lempa areas suffer chronic renal health problems and that the incidence is particularly high among men. This compares with an incidence rate of 2 per 100 in other countries. There are suspicions that the problem may be related to contamination of water sources, including wells, by insecticides and herbicides used in cotton production decades ago. The Mayor of Jiquilisco has called for the government to declare the zone a state of emergency so that all relevant government agencies prioritise efforts to address the health problems.

The Salvadoran Waterworks Board and the Ministry of Environment are working together to provide clean drinking water as a first step. Locals are demanding a water treatment plant to be set up as they fear that many of the artisanal wells used by rural communities may be contaminated.

The Jiquilisco Bay is one of the jewels of El Salvador’s ecological crown, providing home to over 1,500 species of animals and plants, and serving as an important wetlands for migratory birds. The Bay and its 18,000 hectares of mangroves, the most extensive in all Central America’s Pacific coast, have been declared an international RAMSAR site and Biosphere Reserve. José Acosta from the Salvadoran Centre for Appropriate Technology believes the Bay area deserves permanent special attention and should become a fully protected ecological reserve.

An independent Salvadoran research unit has now detected residues of 10 prohibited pesticides in water samples and evidence that empty pesticide drums are being used to store water for drinking purposes for humans and cattle. The expanding sugarcane cultivation is being blamed for a current wave of pesticide contamination, with run-off draining into the mangrove forests. Ecosystem degradation, along with deforestation by the large-scale shrimp farming industry, has led to an 80 per cent reduction in mangroves in recent years.

So far in 2011 the authorities have distributed 4,000 household water filter units and have submitted for presidential approval plans for a larger programme for drinking water supply. The government awaits news of a US$5 million World Bank project to restore ecological health in Jiquilisco and support employment and local fishing livelihoods.

Ana Isabel Barquero, Coordinator of the Interdisciplinary Programme of Research into and Management of Water of Costa Rica’s National University (PRIGA-UNA), warns that despite the abundance of water in the country its administration requires improvement if any degree of efficiency is to be achieved. Indeed, as a specialist in this subject, she described the situation of water in the country as “an emergency”.

Barquero stated that underground waters which are the major source of the household water supply are being contaminated by chemicals such as nitrates and other toxic substances which are used in agriculture. She particularly indicated that in the Caribbean coastal areas the chemicals used in pineapple and banana cultivation are reaching the rivers. A recent Nature Conservancy study contained evidence that many of the freshwater wetlands, rivers and lakes from Mexico to Panama and the life they contain are in danger from toxic substances.

She explained that in order to safeguard the water supply, in the first instance a genuine management scheme is required, “starting with the government and including the municipalities and other institutions.”

She singled out tourism which she says must start to use water resources efficiently – in various places in the country so much water is wasted for swimming pools and golf courses. 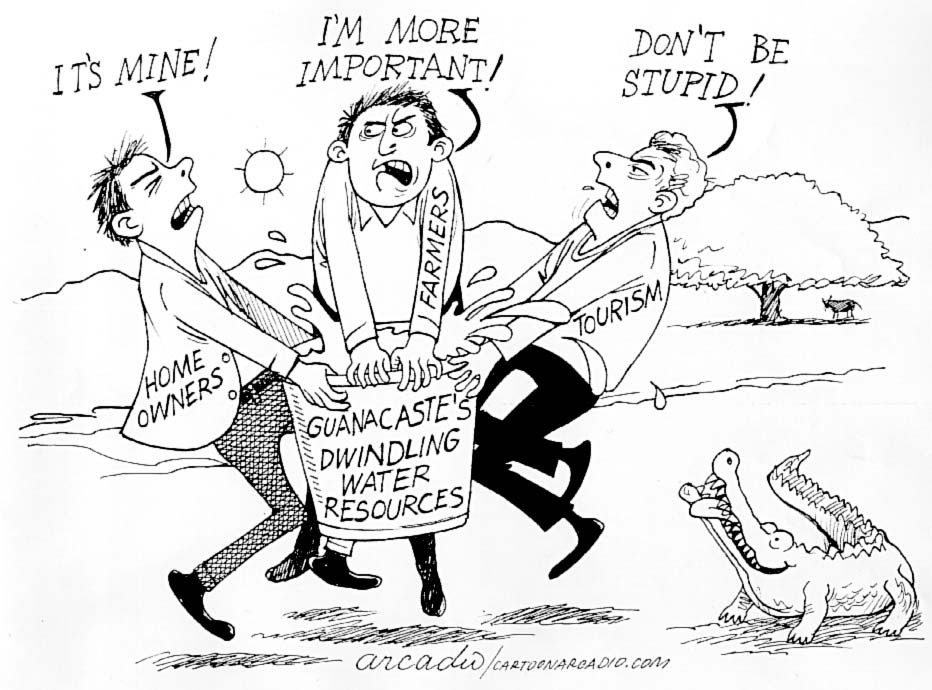 In 2007, the Chairman and CEO of the Coca-Cola Company, E. Neville Isdell, pledged “to return the water we use in our beverages and their production; to achieve balance in communities and in nature with the water we use.”[1] The company expressed a wish to recycle water, reduce water use and replenish water in communities. As a result, Coca-Cola has invested in over 100 Community Watershed Partnership projects in 49 countries, including El Salvador.[2]

In 2008, the Coca-Cola Company provided a grant of $60,000 to the ‘recovery of the watershed that supplies the San Antonio River’ project in Nejapa.[3] This project aims to contribute to the protection of water resources in the Nejapa area, and to generate income for the inhabitants. The project will clean water sources, reforest 8,000 native trees and teach local people how to cultivate crops without using chemicals.[4]

It is expected that 100 people will benefit directly from this programme, and a further 400 will indirectly benefit from environmental improvements. The company’s track record has included such promises in the past. Local people who stand to benefit from the watershed recovery programme are hopeful that these promises will not be left unfulfilled this time.