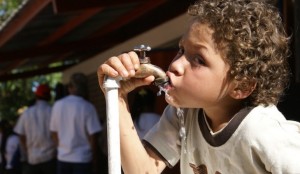 The sustainable water project, funded by $14.3 million in World Bank loans and $15.7 million in grants, will provide basic water and sewage service to 52,000 Nicaraguans over the next five years.

Maura Madriz Paladino, director of the water program for the Alexander von Humboldt Center, a non-governmental organization specializing in environmental issues, told The Nicaragua Dispatch last year that her organization surveyed Nicaraguan homes in 2011 and found that 80% of Nicaragua’s population doesn’t receive the quantity or quality of water it needs—a situation she qualified as “alarming.”

“We can’t determine who has access to drinking water by looking at the number of people who have plumbing in their homes, but in Managua a 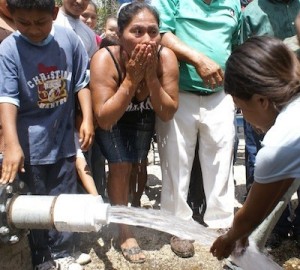 lone there are lots of homes that have pipes in the walls but no water in the pipes,” Madriz said. “We need to talk about the percentage of people who actually have potable water available to them in the quantity and quality to satisfy their basic needs.”

Says Herrera, the problem in Nicaragua is not the amount of water, but the quality.

“We are a country rich in contaminated water resources,” she said this morning in an interview on a local radio station Café con Voz.