The Crucitas gold mine in northern Costa Rica offers another example of government determination to grant mineral exploration and exploitation concessions in the face of substantial local, national and international opposition, despite the low return to local and national government for the damages that may result from these operations. For nearly two decades the Crucitas mine has been a source of divisions in Costa Rican society and government.

The Crucitas open-cast mine is located in the province of Alajuela 3 miles from Costa Rica’s northern border with Nicaragua. The mine covers an area of 55 hectares, with a depth of approximately 60 meters. It is owned by Canadian mining company, Infinito Gold Ltd, which hoped to extract around 85,000 ounces of gold annually, believing that the mine holds up to 1.2 million ounces of gold.[1] An investment of US$66 million was required to begin the project, which was declared by ex-President Óscar Arias as a project of “public interest.”[2] Infinito Gold predicted that the mine would bring 300 direct jobs and 1,300 indirect jobs to an area with few other sources of employment.[3] Supporters of the project believe that it would bring “economic opportunity to an economically depressed corner of Costa Rica.”[4]

Although the Crucitas project was first proposed in 1993 and agreed in 2000, its construction has not yet been approved by the Costa Rican government.[5] In 2002, then-President Abel Pacheco announced a presidential decree prohibiting open-cast mining, stating that: “we have many reasons for rescinding these [gold mining] contracts, and if they sue us for compensation it will be cheaper than paying for the loss of the country and its environment.”[6] The ban was invalidated, however, in 2008 during Óscar Arias’ Presidency, prompting a new surge in opposition from environmental groups.

The construction of the Crucitas mine would result in the felling of 291 hectares of tropical forest in an area which is home to endangered species such as the great green macaw.[7] Further concerns revolved around the use of cyanide in the extraction process. According to Andrés Soto, a spokesman for Infinito Gold, the whole extraction process would work as “a closed circuit” in which the cyanide would eventually be destroyed without releasing chemicals into the environment.[8] Members of the Association for the Preservation of Wild Flora and Fauna claim that cyanide toxins would be present in airborne dust particles and rain runoff resulting in a decreased quality of air and water in northern Costa Rica.[9]

There have also been concerns from Nicaraguan environmental groups who believe that the chemicals used in the extraction process will pollute the San Juan River which forms a natural border between Nicaragua and Costa Rica. Jhonny Gutiérrez, mayor of San Carlos near the San Juan River in Nicaragua, believes that they are “surrounded by a system of neoliberal consumption that cares little for the environment and that prefers to turn natural resources into capital.”[10]

In October 2008, the Costa Rican Supreme Court ordered Infinito Gold to suspend all construction activity at the Crucitas mine after local environmental groups called for an injunction. Although construction was temporarily halted, in April 2010 Infinito Gold was granted permission by the Constitutional Court to continue with the construction of the mine. When Laura Chinchilla took office in May 2010, one of her first acts was to announce a ban on all new open-cast mining projects but this had little impact on the Crucitas project, as it had already been approved by previous governments and was not included in the new legislation.

The change in government sparked many environmentalists back into action, and in July 2010 a group of protesters embarked upon a 170 km march from the presidential palace in San José to the Crucitas mine in an attempt to convince the government to put an end to the project.[11] Environmentalists, university groups and local community groups continued to file complaints and petitions to the Costa Rican courts.[12] In November 2011, the Costa Rican Supreme Court’s Civil and Administrative Law Branch annulled the mining concession issued to Industrias Infinito (the Costa Rican subsidiary of Infinito Gold) and dismissed the company’s appeals. In October 2012, the company submitted an appeal for the concession to be re-considered. In April 2013, the company claimed that the ban was in breach of the Canada-Costa Rica bilateral investment treaty and threatened the Costa Rican government with a US$1 billion lawsuit if the dispute could not be settled amicably within six months.[13]

Costa Rica’s Supreme Court ruled last week that “environmental policies” are the province of the Executive and Legislative branches, not the judicial, in a 343 page judgment on whether to rescind a concession to the Canadian gold mining company, Infinito Gold, Ltd. for the Crucitas mine. The Court said that the Executive branch has the right to rescind or change the concession “in the public interest” and that the two branches “have the final word.” The Supreme Court wrote its decision as part of a dismissal of a suit brought by environmentalists against the mining concession.

The Crucitas mine of Industrias Infinito, a Costa Rican subsidiary of Infinito Gold, has been met with a storm of opposition by environmentalists in both Costa Rica and Nicaragua who fear that locating the gold mine just three kilometers from the San Juan River, is a recipe for environmental disaster. The southern bank of the San Juan River forms the border between the two countries. Ornithologists spoke up last week saying that the mine would threaten some of the 70 species of birds that populate the region including Nicaragua’s national bird, the Guardabarranco [Mot Mot or Momotus momota], which lives only in the territory from Mexico to Costa Rica along the Pacific. The endangered Lapa Verde [Great Green Macaw or Ara ambiguous] also lives in the area. Environmentalists see the mine as a threat to nature preserves along the river.

Juan Carlos Hernandez, representing Industrias Infinito, expressed confidence that the government will not rescind the concession which he said the company has spent 15 years preparing to exploit and from which it expects to make US$80 million. The company could sue Costa Rica for what it expects to make from the mine under neoliberal trade rules if the concession is rescinded. Hernandez denied that the mine will cause any environmental damage. Costa Rican President Laura Chinchilla and her government are studying the Supreme Court decision and were expected to make an official statement, but none has yet been released. (Radio La Primerisima, July 23, El Nuevo Diario, July 25) 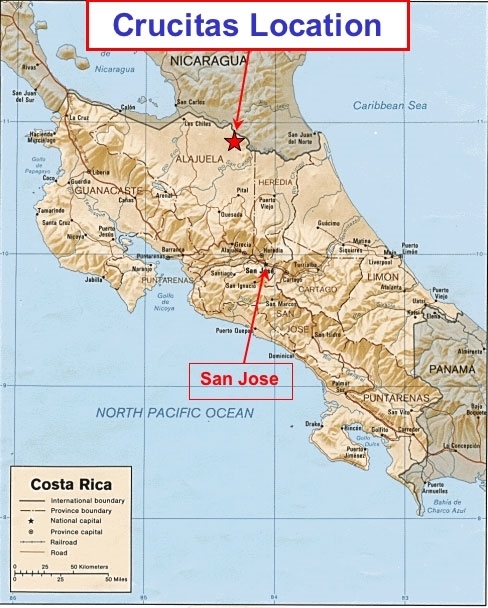 Infinito Gold is suing Costa Rica at the World Bank international arbitration court (ICSID) for $1 billion +. Infinito is holding its AGM at the Ranchmen’s Club in Calgary on November 21 [2013], and the idea is to deliver the message (to Infinito shareholders et al) now up on the LeadNow site backed by as many signatures as possible. We would then also be able to fashion a press release and likely get significant Canadian organisational buy-in.

A Spanish version of the text will be up on the LeadNow site soon – see below – which will open up the possibility for Costa Ricans to sign on to this campaign as well, making it a somewhat unique bi-national action.

Also please note that this Canadian mining company put two Costa Rican professors through six trials for having spoken out against the proposed open pit mine. Also the company attempted to intimidate the University of Costa Rica demanding they be given the curriculum of an upcoming course in the Biology department so that the company could vet its contents ahead of time.