Originally posted on January 20, 2021 by the Centre for International Environmental Law (CIEL, ciel.org). We are grateful to CIEL for allowing reproduction of this article through their Creative Commons License. The original article can be found at: https://www.ciel.org/panamas-supreme-court-recognizes-indigenous-peoples-land-rights-and-role-as-guardians-of-the-environment.

In a key decision paving the way for the creation of the long-awaited Naso Tjër Di Comarca, Panama’s highest court confirmed the State’s obligation to secure Indigenous collective rights to land and emphasized the critical role of Indigenous Peoples in protecting biodiversity, natural resources, and the climate. The decision joins a growing chorus of similar cases aimed at upholding Indigenous Peoples’ rights around the world.

The Indigenous Naso people — like many other Indigenous Peoples around the world — have struggled for generations to retain access to and control over their ancestral territories, which are central to preserving their cultural identities, surrounding environment, and spiritual relationship with the lands that they have inhabited for millennia. Late last year, the Naso people achieved a key victory when Panama’s highest court sided with them in a ruling to uphold their communal right to their ancestral land.

As one of Panama’s seven Indigenous Peoples, the Naso people have lived in the areas surrounding the Teribe River on the northwestern edge of Panama for generations. For the last fifty years, they have sought to have their traditional lands officially recognized under Panama’s system of semi-autonomous Indigenous regions, known as comarcas. This struggle has involved numerous initiatives undertaken by the Naso people both nationally and internationally, including advocacy before the Inter-American Commission on Human Rights.

The repeated encroachments that Naso communities have endured over the years illustrate the critical need for legal recognition of the Naso people’s claims to their ancestral lands. In some instances, Naso communities have even faced violent evictions and the destruction of their homes and crops – see articles in the sub-section on ‘The Naso of Panamá’ under the land disputes section of Chapter 8 of this website.

A turning point for the Naso people came in 2018, when their decades-long campaign finally succeeded in getting Panama’s legislature to formally recognize their traditional lands by passing legislation to establish the Naso Tjër Di Comarca. However, this legislative victory was soon delivered a blow when then-President Varela vetoed the law, calling it “unenforceable” and “inconvenient.”

Ultimately, the fate of the Naso people’s territorial claim made its way to Panama’s highest court, the Supreme Court of Justice. On October 28, 2020, the Court issued its ruling in this case, paving the way for the Comarca’s creation and expanding the set of legal precedents that courts are developing around the world to uphold Indigenous Peoples’ rights.

In considering whether the legislation creating the Naso Tjër Di Comarca should be allowed to take effect in this case, Panama’s Supreme Court of Justice emphasized that the Panamanian State has a duty to ensure Indigenous land rights. Specifically, the Court described how, according to the Panamanian Constitution, this obligation requires the Panamanian government to secure for Indigenous communities the necessary lands and collective property rights to these lands for the achievement of their economic and social well-being.

By adopting this decision, Panama’s highest court joined the ranks of other regional and national tribunals in acknowledging Indigenous Peoples’ property rights over ancestral lands, such as in the landmark cases: Yakye Axa v. Paraguay and Mayagna (Sumo) Awas Tingni v. Nicaragua, decided by the Inter-American Court of Human Rights; Endorois Welfare Council v. Kenya and African Commission on Human and Peoples’ Rights v. Kenya (regarding the Ogiek Community of the Mau Forest), decided by the African Commission and the African Court on Human and Peoples’ Rights, respectively; and the case of the Federación de la Nacionalidad Achuar del Perú, in which a Peruvian court recognized the Federación as a self-governing entity in representation of the Achuar Indigenous Peoples and ordered the recognition and titling of their territory.

In its ruling, Panama’s highest court took another important step by explicitly recognizing the key role that Indigenous Peoples play in protecting biodiversity and maintaining a healthy environment. In its own words, the Court considered:

[W]ithout a doubt, that ancestrally the Indigenous population has preserved the environment in the places where they have settled, because they are bearers of ancient knowledge about biodiversity, plants, animals, water, and climate that allows for the sustainable use of the resources available to them. [Translation by CIEL.]

This explicit recognition by Panama’s highest court echoes the well-established understanding — expressed by such experts as Victoria Tauli-Corpuz during her tenure as the UN Special Rapporteur on the rights of Indigenous Peoples — that Indigenous Peoples are among the best stewards of the biodiversity, ecosystems, and natural resources that make up their environment. This is demonstrably the case in the area that is home to the Naso people, who have protected and conserved the lush tropical forest along the Teribe River, effectively preventing the deforestation that has occurred at much higher levels in surrounding areas.

Panama’s Supreme Court of Justice further emphasized the significance of the intrinsic relationship between Indigenous Peoples and the environment, adding that:

Hence, the link between culture and the environment among Indigenous Peoples is evident. That is, from a careful analysis of their traditions, it becomes apparent that they share a spiritual, cultural, social, and economic relationship with their traditional lands. Likewise, [their] laws, customs, and traditional practices reflect both an attachment to the land and the responsibility to conserve it for the use of future generations. [Translation by CIEL.]

Following the decision by Panama’s Supreme Court of Justice, the executive branch was constitutionally required to move forward with ratifying the legislation creating a comarca for the Naso people. This occurred on December 4, 2020, when current President Cortizo Cohen traveled to Sieyick, the seat of government of the Naso people on the banks of the Teribe River, in order to sign the law and finally bring the Naso Tjër Di Comarca into being.

Going forward, Indigenous Peoples’ land rights must be consistently recognized and protected, as Panama’s highest court did for the Naso people in this case. At the same time, the experiences of other Indigenous communities — from the Yakye Axa in Paraguay to the Mayagna (Sumo) Awas Tingni in Nicaragua — demonstrate that even after land rights receive recognition, political will is needed to ensure that these rights are respected and enforced. For example, in previous cases in Panama, official demarcation of Indigenous territories hasn’t been completed even after comarcas have been legally brought into being. This has left Indigenous communities — such as those who have long awaited official demarcation of the áreas anexas of the Ngäbe, Buglé, y Campesinos Comarca in Bocas del Toro — with uncertain legal status, which undermines their efforts to protect their ancestral territories in the face of outside pressures aimed at accessing their lands and exploiting their resources.

In addition, for Indigenous Peoples to be able to effectively exercise their right to conserve, restore, and protect the environment in their traditional lands, legal recognition of their rights must translate into corresponding decision-making authority over what happens in their territories in practice. Unfortunately, it has repeatedly been the case in Panama that legal recognition alone has not been sufficient to protect Indigenous lands against incursions by outsiders — such as private agriculture and tourism companies, as well as illegal miners and loggers — as has been emphasized by James Anaya, another former UN Special Rapporteur on the rights of Indigenous Peoples.

Despite the challenges that remain, the recent ruling that upheld the Naso people’s territorial rights and paved the way for the creation of the Naso Tjër Di Comarca is indicative of a growing chorus of judicial decisions and government policies upholding Indigenous land rights around the world. Through this decision, Panama’s highest court has given new momentum to the ongoing work, led by Indigenous Peoples, of ensuring that their legal rights serve in practice to allow them to protect their lands and natural environment for generations to come. 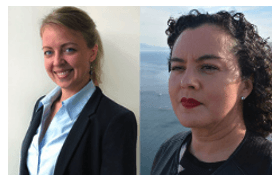