It would have been too much to expect that the election of a new president, Xiomara Castro, would signal a reduction in violence and killings in Honduras, although it remains a hope. Three weeks before the inauguration of the new president, Lenca Indigenous journalist Pablo Hernández was assassinated. We reproduce here the initial report of the crime by TeleSur. 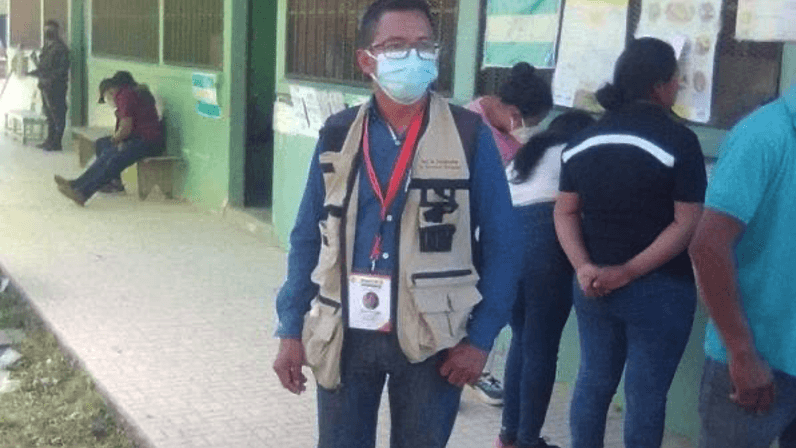 For years now, Honduras has become one of the most dangerous places for human rights defenders, environmental activists, journalists, and social leaders.

On Sunday, Honduran human rights defender Pablo Hernández was murdered by several bullet shots in the back in the Tierra Colorada community, in the Lempira department.

Bertha Oliva, the coordinator of the Committee of Relatives of the Disappeared in Honduras (COFADEH), denounced that armed men ambushed Hernández on a dirt road.

“This murder is one more attack on freedom of expression and the defence of human rights,” The Association of Community Media in Honduras (AMCH) said, recalling that Hernández was director of the Tenan community radio station that broadcasts from San Marcos de Caiquín.

“Hernández was the second Lenca leader killed in less than a year. In March 2020, Lenca activist Juan Carlos Cerros was shot to death in the town of Nueva Granada,” news agency AP recalled, adding that they “belonged to the same indigenous community as Berta Cáceres, a prize-winning environmental and Indigenous rights defender who was murdered in 2016.”

The AMCH denounced that Hernández was threatened and harassed on several occasions for defending the rights of Indigenous peoples, for which he filed a complaint with the authorities.

Besides having been a promoter of the Indigenous University, Hernández was mayor of the Auxiliaría de La Vara Alta, coordinator of ecclesial base communities, and president of the Cacique Lempira Biosphere Agro-Ecologists Network.

The assassination of the Indigenous journalist was also condemned by former President Manuel Zelaya, whose wife, Xiomara Castro, will be inaugurated as president of Honduras January 27.