By UNES, the Salvadoran Ecological Unit 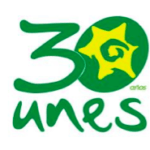 The monocultivation of sugar cane has been developed in El Salvador over several centuries. It is presumed that it was introduced to the territory at the time of colonisation, but it was in the 1960s that production increased by 43% and between 2001 and 2011 that it increased by yet another 30%.[1] According to data from the Salvadoran Ecological Unit (UNES), national cultivation of sugar cane is currently around 108,427 manzanas[2] (2014-2015 sugar harvest) and in the coastal zone cultivation reaches 52,000 manzanas.[3]

El Salvador is one of the countries which has increased its use of pesticides and intensified its use of fertilisers; which, according to CEPAL (United Nations Economic Commission for Latin America and the Caribbean), is far above the Latin American average and makes it one of the four nations of the region in which it occurs in consumption. However, this does not translate into a significant increase in productivity of crops like basic grains. According to Voices on the Border, the intensive use of agrotoxics is seen largely in the cultivation of sugar cane.

This problem has been reviewed by the UN Special Envoy for the Human Right to Water and Sanitation who has shown his concern over the quality of waters in El Salvador. The problem largely stems from the uncontrolled use of agrochemicals in farming activities. In his final mission report of 11th-18th May 2016, he noted precisely:

“There is an important point of concern regarding the potential dangers which can affect water quality for human consumption. Information was gathered from various sources during the visit about the uncontrolled use of agrochemicals in agriculture, chemicals which are usually hardly removed from the water treatment plants. This even includes the use of some that are prohibited in other countries.”[4]

Also in 2016, the Human Rights Defence Attorney (PDDH), David Ernesto Morales, produced a report on the use of agrotoxics and their impact on human rights.[5] This report provided follow-up to the open record since 2000 on the impacts on health in the Bajo Lempa region, on the database of denunciations of serious health effects, especially cases of chronic kidney disease associated with contact with herbicides and pesticides used in the cultivation of cotton in previous decades.[6]

The extensive and abusive use of agrotoxics is having an impact on the health of the Salvadoran population, according to the network of hospitals which reported in its ‘Report of Works 2011-2012’ for MINSAL [Ministry of Health] that terminal chronic kidney disease is the third cause of death in adults of both sexes, being the first cause for men and the fifth for women.

To date there are no actions being taken to prohibit the use of agrotoxics, despite the fact that many of them are prohibited in other countries and yet are sold without restriction here.

Concerned about the lack of action on the part of the state, UNES is referring to the Inter-American Court for Human Rights to demand that:

[3] UNES, own calculations based on information from Data Collection from Sugar Cane Harvests in El Salvador, 2012-13 and 2014-15.

[6]  Ramón García Trabanino, Terminal Kidney Disease in the Rosales National Hospital. Probable association based on contact with herbicides and pesticides (June 2000), cited in Attorney for the Defence of Human Rights (2016), op.cit, p.4.

[7]  According to the UN Food and Agriculture Organisation, “a means of life is sustainable when it can withstand and recover from ruptures and sharp shocks and maintain its capabilities and its activities in the present as well as in the future without undermining its natural resource base. Thus, the means of life are seen to be affected by external factors which allow it to increase its resilience and consequently decrease its vulnerability.” 4 May 2017 in http://www.fao.org/in-action/herramienta-administracion-tierras/glosario/m/es/