The following article features Didier Leitón Valverde, from the Costa Rican SITRAP union. An interview with Didier is featured in the Costa Rican interviews section of this website. The article is taken from Banana Trade News Bulletin No. 57 (November 2017) and is reproduced here by kind permission of Banana Link.

After years of work and much political and legislative wrangling the Labour Procedures Reform (RPL in Spanish) finally came into force in Costa Rica in July 2017. The independent trade unions that have struggled for years to defend workers they consider to have been sacked unfairly in the banana and pineapple industries, having to put up with tribunal procedures that could take up to 5 or 6 years, are seeing the first tangible results from the new legislation.

The law now means, amongst other advances, that hearings and decisions on reinstatement after unfair sacking can be expedited in just a few weeks from sacking to reinstatement. Since the RPL came into force two women and eight men working at different pineapple and banana plantations have all regained the jobs from which they were unfairly dismissed, thanks to their affiliation to the SITRAP trade union.

The workers took their cases to the Labour Ombudsman which is the new body established to present cases in the Labour Court. They used the special rapid procedure for cases of alleged discrimination that is one of the measures included in the Reform. In all ten cases in the last few weeks, the pineapple and banana workers, sacked because they were members of the union, got their jobs back in Grupo Acon, Del Monte and Dole plantations and packhouses. 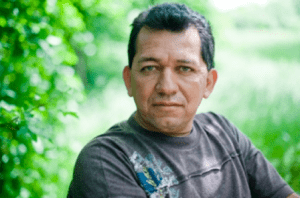 The reinstatements were ordered by judges within less than one week of the cases being presented. In cases where the employer is reluctant to accept the court order, Labour Ministry staff are empowered to accompany the worker back to their former job.

“this shows us that the RPL is benefiting working people and shows that some people were wrong to say that it would be of no value to workers. It also demonstrates that there are good professionals in the Ombudsman’s office and Labour Courts who are interpreting the legislation properly. People who did not join the union before out of fear that the employer could sack them indiscriminately are now losing their fear.”
Banana Link website: http://www.bananalink.org.uk/