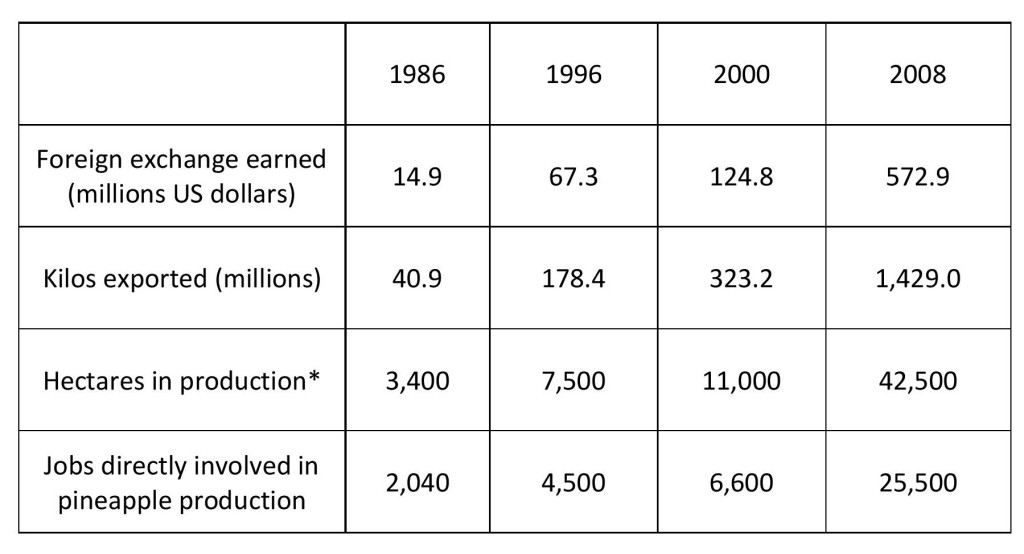 * In 2009, it was estimated that 50,000 hectares of land were sown with pineapples and that 26,000 jobs were directly involved in pineapple production.
Source:
Ana Cristina Camacho Sandoval (5 July 2009) ‘Insensatez piñera’, El Financiero, No.724, p.4, citing data source as the National Chamber of Pineapple Producers and Exporters.