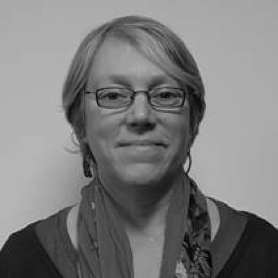 Dr Stephanie Williamson reports on project work by the Regional Institute for Research on Toxic Substances (IRET) at the National University (UNA).

I am grateful to Stephanie for permission to include this article in The Violence of Development website. Clearly, this represents an attempt to stem the environmental violence of development.

Despite its ‘green paradise’ image, Costa Rica has one of the highest intensities of pesticide use in the world. Pesticide use is particularly high on export crops of banana, pineapple, melon and coffee. Much of this production is on large farms but medium and small-scale farmers are also involved. Pesticide use is often high on vegetables grown for local consumption too.

To raise national awareness of the level of use of hazardous pesticides in Costa Rica, agronomist Fernando Ramírez and his team at IRET surveyed pineapple and coffee farmers to find out which pesticides they are using. The team also analysed government data on pesticide imports.  Their findings revealed that in 2015 over 10,000 tons of highly hazardous pesticides (HHPs) were imported. Coffee farmers reported using 18 different HHPs, while pineapple farmers reported 8 HHPs in common use.

The team has shared these findings with government decision makers, farmer associations, university students and agricultural extension staff, along with training on understanding how pesticides can harm people and the environment. An important message for farmers was that not only the ‘red’ labelled pesticides under Costa Rica’s hazard colour coding qualify as HHPs, due to their acute toxicity to humans, but others are problematic too. These include known and probable carcinogens, pesticides causing foetal abnormalities or harming the reproductive system, plus numerous pesticides highly toxic to bees, aquatic life and those that persist for months or more in soil or water.

Part of the reason for continued reliance on harmful pesticides is that farmers and policymakers often feel there is no option but to use pesticides or they fear that alternatives will be less effective. IRET therefore carried out pilot field trials to explore safer alternatives. In pineapple, they looked at alternative methods to the HHP ethoprophos for controlling nematodes, microscopic worms which attack the roots of young pineapple plants. Ethoprophos is a priority for phase-out as it is acutely toxic to humans, putting farm workers at risk, and it is also extremely harmful to soil life. The team trialled two different biological pesticides, based on fungi which feed on nematodes, plus ‘wood vinegar’, distilled from burning woody material, and compared these with the standard ethoprophos treatment. Results indicate all three alternatives can be as effective as ethoprophos. Even better is that the alternatives are much cheaper than ethoprophos and can be applied without special equipment or extensive training. An interesting result was that pineapple plants were significantly lower in weight in plots treated with ethoprophos, suggesting harmful side-effects on soil organisms needed for growing a healthy crop. 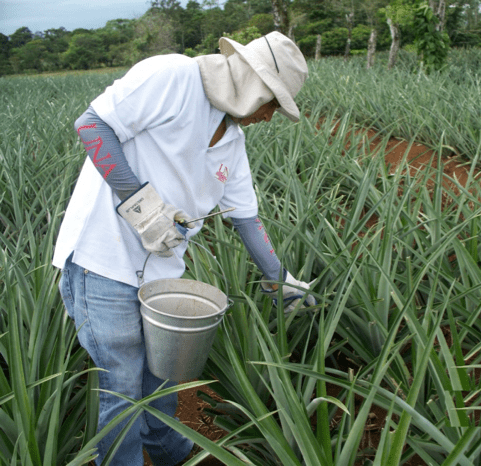 The project held a regional workshop on experiences in growing coffee without the use of HHPs, with speakers from Guatemala, Honduras and Nicaragua. Presenters highlighted the importance of improving soil health (physical structure, chemical composition and microflora/fauna) to nurture coffee bushes more able to resist pest attack and diseases. Farmers from Cooperative Nahuala in Guatemala are reviving soil life by making solid fertilisers on-farm (worm compost, composted chicken manure). The co-op has a small ‘biofactory’ to make their own organic biofungicides, bioinsecticides and biofertilizers. They report good results in coffee rust control but explain that organic products take more time to work than synthetic fungicides so farmers need to understand that using organic methods is not a quick fix.

The Ecological Coffee Cooperative La Labor (COCAFELOL) in Honduras is helping its members recover from major outbreaks of coffee rust disease but without relying on fungicides. It trains farmers on how to improve biological activity of the soil and to enhance nutrition of coffee bushes, making groves more resilient to pest and disease attack, especially under changing climatic conditions. COCAFELOL have gained good experiences using home-made mineral preparations and biofermented products, plus recycling pulp from coffee processing as fertiliser. 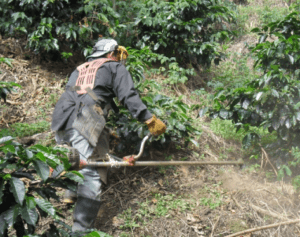 In Costa Rica, medium-sized farm Monsol described their success in eliminating herbicide use, controlling weeds instead with strimmers and manual slashing. Along with pruning of shade trees, this generates around 50 tons of green material cuttings per hectare each year, which the farm owners view as a valuable resource. They use some of this material to mulch the soil around coffee bushes and apply home-made biofermented microbial products to the remainder to speed up its breakdown into compost. Non-competitive plants are allowed to grow between coffee rows to protect the soil from erosion. By recycling horse manure, waste from livestock feeding stalls and making their own worm compost, Monsol farm has hugely reduced its use of synthetic fertiliser, while rebuilding soil fertility in an area where many conventional farms suffer from degraded soils.

These positive experiences show that reducing reliance on agrochemical inputs is feasible, technically and economically, for large and small farms.

For more information about the project Phasing out Highly Hazardous Pesticides in Costa Rica, visit the web pages hosted by PAN UK at http://www.pan-uk.org/phasing-out-hhps-costa-rica/

For more information about the work of IRET, go to: http://www.iret.una.ac.cr/