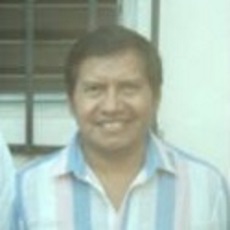 Interviewee: Padre Andrés Tamayo
Interviewers: Martin Mowforth
Location: Online
Date: 8th July 2010
Theme: Email Interview regarding deforestation in Olancho, Honduras
Keywords: TBC
Notes: Please note that Padre Andres had recently been expelled from Honduras to his native El Salvador on account of his having become one of the leaders of the opposition to the illegal coup d’état in Honduras. This explains why the interview was conducted by email.

Q1: Referring to the deforestation in Olancho, can you consider the following…..

1a) The different degrees of guilt of the agencies which are involved in the exploitation of the wood.

Padre Andres Tamayo (AT): The first major guilty culprit is the institution of government today called the Institute of Forestry Conservation. This entity and their employees, from the bosses to the lowest, are investing in political paternalism and compromise, (one which should be healthy but yields to the pressures of power). No one denounces the form of decision-making channels and corruption in which they hand over the timber resources. By pressure they legalise the illegal; whitewash invoices, fix auctions, no evaluation is done on site – it’s all off the cuff, they inflate the quantity, the wood is decommissioned and they send themselves the same material which they stole. Ultimately, all the wood is owned by 4 giant companies- Sanzone, Lamas, Noriega, Indema and others. The contractors are those who lend their names to the afore-mentioned companies. The mayors who give their signatures hand over the forests in return for bribes. The deputies use their political influence and receive money and favours in exchange. The majority of the cooperatives are only vehicles for handing over the assigned areas to the businessmen, because they are the ones who receive the money and don’t do anything with the wood. The transnationals mentioned before have appropriated the majority of forest areas, buying the property rights to own and take for themselves the nation’s territory.

1b) The relation between the EU programmes, with respect to the supplies of drinking water in Olancho, and the illegal deforestation.

AT: It’s true that the EU is more an economic union than a political one, and they themselves have a budget for water resources. They don´t have a demanding policy to put conditions on the state with respect to its good use of the resource, because they themselves, and anonymous businessmen of their countries have concessions over our resources whether those are wood, water or minerals. Neither do they denounce the illegality because they have interests in the resources – [see research into illegal felling]. The precious timber goes to Europe. As far as financing drinkable water goes they only advise the communities about protection of the resources but don´t demand the state to stop the abuse of illegal exploitation of the timber.

1c) The link between agents of deforestation and the coup d’état in Honduras.

AT: The previously mentioned transnationals are exploiting my presence in the Olancho department because we managed a ban on 13,000 sq km, in order to make an experiment on the sound use of the resource. This affected their interests. They had already tried to expel me from the country. This was their best chance [in the coup d’état] for them to carry out their actions and demand that the coup government expel me. These same companies entered to cut wood in the prohibited zone with the military and police following the coup. The businesses picked up the bill to help the coup and political campaigns in its favour.

Q2: Can you explain the distinction between the ‘movement’ of people against deforestation (the MAO) and the NGOs and international NGOs?

AT: MAO is a movement which defends the natural resources, resisting and persisting, but they do not make plans nor execute them because it is more interested in protection and defence rather than doing experiments. MAO managed to put the forestry problem on the government’s table, and the NGOs are only concerned with one thing – local protection, but not with the national damage; and for that (local protection) they make and execute projects. The NGOs make and execute plans consistent with the interests of their financiers who are not militant institutions. I don’t deny that they are doing a lot of good, but they don´t put themselves at risk to defend their natural resources, neither to question the government nor the transnationals. Our organisation does not have any salaried workers, only people of conscience who defend their area from pillagers. The NGOs have employed workers.

Q3: What do the developed countries have to do to secure a return to democracy in Honduras?

AT: First they have to leave behind their neo-colonial interests – they are paying governments to ensure themselves of the exploitation of natural resources. Secondly, they ought to know the truth about why the coup came about – transnational companies which have large interests in this country were affected and therefore financed and promoted the coup. The greatest purpose of developed countries ought to be to create a development plan of benefit to the country with its natural resources and not to make themselves richer than they already are. Democracy is to allow what the people decide about their resources and wealth, and not to allow the transnationals to buy a government structure which empowers itself from the peoples’ natural resources. The free trade treaties ought not to be made from the government´s cabinet, but by the consent of the people, with equity.