In the August updates for The Violence of Development website we included a short report on the increase in the number of femicides in El Salvador during the COVID-19 pandemic. The same has been happening in Guatemala. On 10th October 2020 Al Jazeera published a report written by Sandra Cuffe  on the protests of women’s groups against the high incidence of femicides in Guatemala and on the 11th October TeleSur published a brief report on the protest action. We reproduce a summary of both reports below the photo. 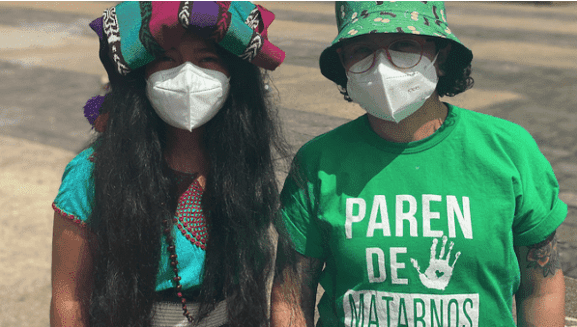 “The State must take more action. Woman are getting killed in this patriarchal  and misogynist system,” the organisers of the protests urged. [Telesur]

On Saturday 10th October Guatemala’s women’s organisations held a protest in several cities of the country, to reject the violence against women, which has risen during the COVID-19 pandemic.

Dozens of women gathered outside the municipal building in the city of Quetzaltenango, head of the department of the same name, to pay tribute and demand justice for the women who have been raped, murdered, and disappeared in the last 20 years.

“We speak for the 4 women who disappear every day. We speak for all the 77,847 girls and adolescents between the ages of 10 and 19 who are already mothers,” the organisers stated.

Similar mobilizations took place in the capital, Guatemala City, Escuintla, Cobán, Teculután, among others, where there were songs, marches, and candles in memory of the murdered women.

More than 200 women were killed in the first eight months of this year in Guatemala and more than 3,000 women and girls have been killed since 2015, according to human rights groups tracking government statistics. The overwhelming majority of these cases remain unresolved.

The protests were sparked by the murder of social work student Litzy Amelia Cordón, 20, whose body was found in the municipality of Teculután where primary schoolteacher Laura Daniela Hernández had been murdered the week before.

The women also demanded the State’s commitment to guarantee women’s security and freedom, and “to strengthen the processes of reparative justice for girls and women victims of violence and femicide. The State must take more action. Woman are getting killed in this patriarchal and misogynist system,” they said. 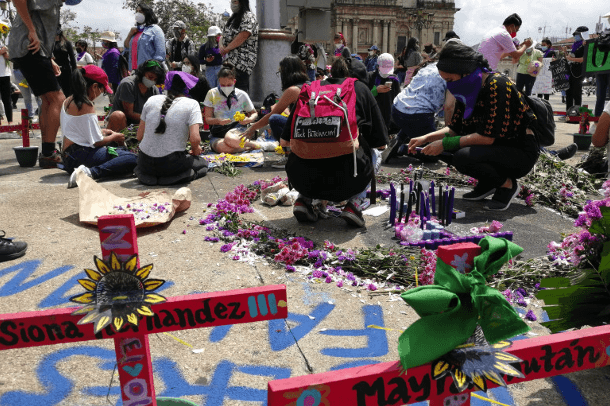 More than 200 women were killed in Guatemala in the first eight months of this year. [Sandra Cuffe/Al Jazeera