BOGOTA (Thomson Reuters Foundation) – Honduras is the deadliest place for environmental activists with scores of Hondurans killed defending land rights and the environment from mining, dam projects and logging, a campaign group said on Monday.

Between 2010 and 2014, 101 activists were murdered in Honduras, the highest rate per capita of any country surveyed in a report by Global Witness, although the overall number was greatest in Brazil.

Globally, killings of environmental activists reached an average of more than two per week in 2014, up 20 percent from the previous year, the report said. 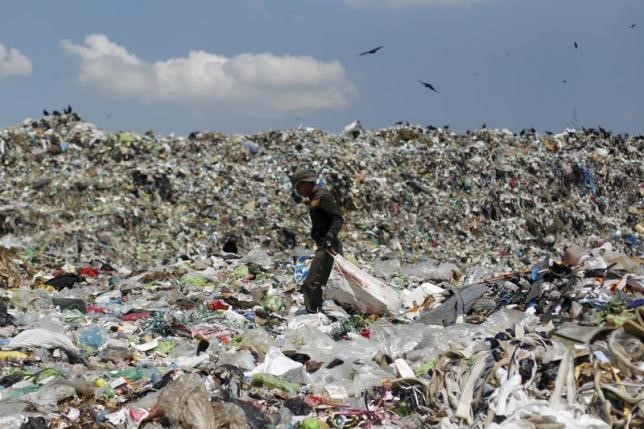 A man looks for usable items in a dumpsite on the outskirts of Tegucigalpa, April 17, 2015. | Reuters/Jorge Cabrera.

Latin America fared worst, accounting for nearly three quarters of the murders – with 29 deaths reported in Brazil, 25 in Colombia and 12 in Honduras.

“Historically there has been very unequal land distribution in Latin America which has caused conflict between local and foreign companies and communities,” Billy Kyte, campaigner at Global Witness, told the Thomson Reuters Foundation.

“Governments in Latin America are by no means taking this problem seriously. Impunity levels are also very high so perpetrators of crime get away with it,” he said.

The report found 40 percent of environmental defenders killed last year were indigenous people caught on the frontline as they tried to defend land and water sources from companies in an escalating scramble for natural resources and land.

Honduran activist, Martin Fernandez, said he was forced to flee for safety to Brazil for three months in 2012 after he received telephone death threats and was followed by cars with black tinted windows near his work and home.

“We live in fear, in fear of constant attack. I and many colleagues have had to live in exile,” Fernandez, head of the Movement for Dignity and Justice, a Honduran land rights group, told the Thomson Reuters Foundation in a telephone interview.

He said Honduran and foreign companies were exploiting indigenous lands and clearing forests, particularly in the northern Yoro province where the Tolupan indigenous group live, to make way for dam construction and mining projects.

In its report, Global Witness said the Honduran government hoped to attract $4 billion in mining investments and recently freed up 250,000 hectares of land for new mining projects.

With the world’s highest murder rate, Honduras is struggling to contain drug-fuelled gang violence and organized crime. The government did not respond to requests for comment on the Global Witness report.

Heightened dangers faced by environmental activists in Honduras are likely to be raised next month at the Geneva-based United Nations Human Rights Council when the country’s rights record comes under review.