On 10th May, community leader Blanca Estela Asturias was shot to death in Villalobos, Guatemala. Two men approached her as she was at her newspaper stand at 6 am and shot her at point blank range. She had recently organised a protest to call for better water service and better maintenance of the community’s drainage system. 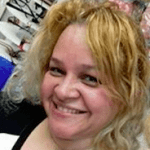 On 19th June at about 6 pm, Brenda Marleni Estrada Tambito (shown left) was driving through Zone 1 of Guatemala City when a vehicle drove up next to her. The occupants of the vehicle opened fire and killed her. She was a member of the Coalition of Workers’ Unions of Guatemala (UNSITRAGUA) and the sub-coordinator of the Legal Aid Commission within the union. UNSITRAGUA brings together workers’ unions from different industries, as well as self-employed workers and independent farmers. She was the daughter of lawyer Jorge Estrada, who is currently involved in investigating and assessing labour rights in several banana plantations in Izabal.

On 10th November, Eliseo Villatoro Cardona was riding home on his motorcycle when two pursuers, also on motorcycles, shot and wounded him. Despite his wounds, he tried to flee, but the gunmen continued to chase him and killed him. Villatoro Cardona was a member of the executive committee of the Organised Municipal Employees’ Union of Tiquisate (SEMOT) in Escuintla.

A variety of sources have been used in the compilation of the lists above. These include: Prensa Libre, Aquitodito, Cerigua, Radio La Franja, Front Line Defenders, Committee to Protect Journalists, NISGUA, UNESCO, Reporteros Sin Fronteras, Guatemala Human Rights Commission/USA (GHRC).

The GHRC’s ‘Preliminary 2016 Human Rights Review’ has been particularly helpful and this was the work of Imogene Caird and Pat Davis, to whom I am especially grateful. The GHRC’s website is: www.ghrc-usa.org/