The following news item from Telesur may be short but is potentially highly significant for the development of Honduras and for the country’s ability to move out of the culture of corruption and state violence that has been the hallmark of the Honduran government since 2009 when a US-backed government of organised crime took over the running of the country. 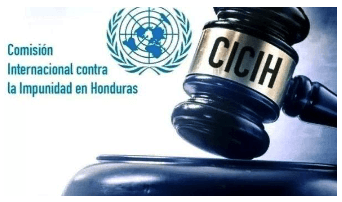 The predecessor of the CICIH [known as MACCIH, Support Mission Against Corruption and Impunity in Honduras] was expelled by the Hernández regime when the regime was  exposed and investigated.

The United Nations confirmed President Xiomara Castro’s request to install the International Commission against Impunity (CICIH) in the framework of the fight against corruption.

The process will take a period of time that the UN has not yet stipulated, but they did offer a positive response to the request.

The 12-year management of the national party will be reviewed and exposed by this commission; which seeks to bring the corrupt to justice.

The predecessor of the CICIH was expelled by the Juan Orlando Hernández regime when the corruption was exposed and investigated.

This is the second attempt by the Honduran people to get high profile dishonest people jailed.