Two reports on human rights developments in Guatemala and Honduras have recently been published:

Both reports describe a worsening situation for human rights defenders. Granovsky-Larsen describes what the state sees as ‘social conflicts’ whilst social movements and local communities see the same conflicts as ‘defending their territory’. He states that within Guatemala, “affected communities are contesting four active mines and another 906 mining licences that are moving towards extraction. Opposition is also directed toward the 128 sites where hydroelectric dams operate or are under construction. Campesinos and Indigenous peoples are involved in over 1,500 agrarian conflicts, including through defence of communal land, occupation of unused state land, agricultural workers’ disputes, and resistance to the expansion of sugar and African palm plantations.” In essence, the response of the state and investors to these conflicts has been violence and criminalisation.

Granovsky-Larsen cites the case of the community of Laguna Larga in the department of Petén. In June 2017 the community was forcibly and violently evicted by 1,500 police officials and 300 soldiers from national parkland land which the National Council for Protected Areas (CONAP) claimed was occupied illegally. “Nearly all buildings and crops in the community were destroyed during the eviction.” 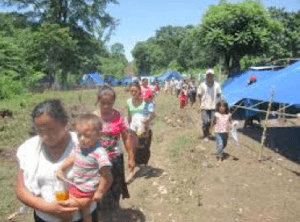 Granovsky-Larsen claims that there were 116 cases of forced evictions between 2008 and July 2017 and suggests that the cases that he cites are few among many which illustrate the most common threats faced by Guatemalan defenders of land, environmental and human rights. “At least 200 rights defenders have been murdered since 2000, most by hired killers and private security,” but the threats also come from state agents and agencies.

According to Granovsky-Larsen, the Organisation of American States (OAS) has denounced the use of criminalisation against rights defenders as ‘systematic’. Such criminalisation tactics include the bringing of criminal charges for minor offences, arbitrary detention, public defamation of defenders and restrictions on protests and demonstrations. Essentially such measures are designed to intimidate defenders and to dissuade them from taking action against ‘developments’.

Regarding the situation in Honduras, Heather Gies takes up the case of Dina Meza, a journalist and human rights defender. [See my 2017 interview with Dina in the Interviews section of this website.] Dina suggests that she is only one of many media workers who are under threat in Honduras for questioning the authority of the state and investors. My interview with Dina she explains the importance of the accompaniment of international human rights observers from Peace Brigades International (PBI). She also recounts the instance when her life was threatened and she was rescued from the threatening situation by the arrival of PBI accompaniers. Because of these threats and other forms of vandalism against her and her family, she has had to move house three times in the last four years, found it necessary to leave the country for six months and has had to implement her own precautionary measures. 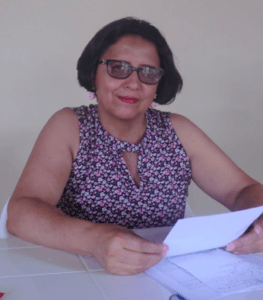 Gies cites a range of statistics relating to Honduras:

Gies also cites other factors which restrict the freedom of the media in Honduras, including the following.