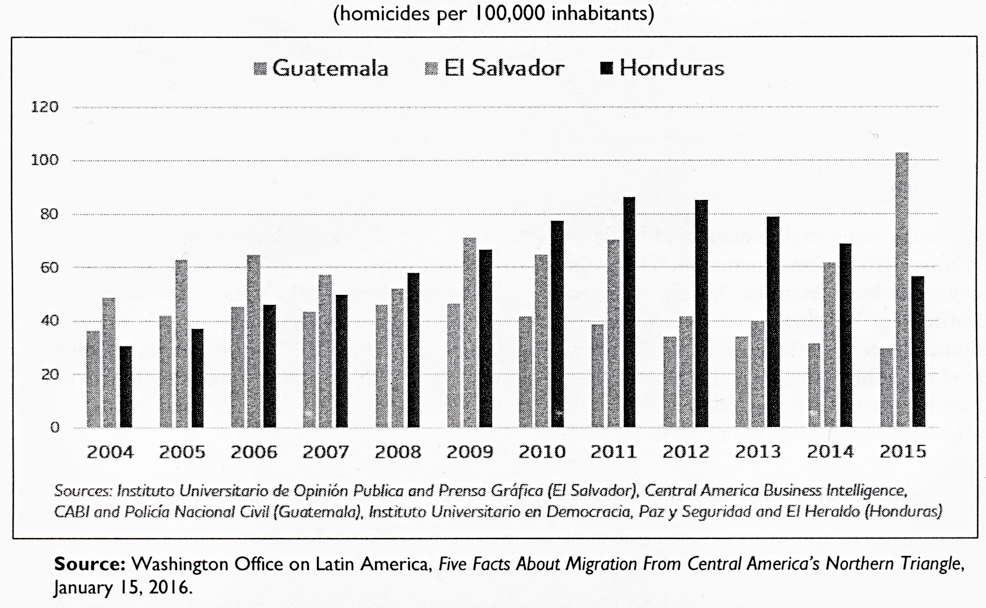 In April this year (2019), it was reported in El Salvador that municipal employees who provide local services such as rubbish collection in the town of Apopa had stopped work because of threats from local gang members.

The threats began with two gang members who threatened the fee collectors from the almost 2,500 market stall holders, from which the municipality gains between $1,200 and $1,500 each week. Threats were later extended to burial services at the local cemetery where work also stopped meaning that three families had to bury their relatives in other municipalities. Also affected were rubbish collection services and one crucial bus service.

Local mayor, Santiago Zelaya, organised a group of volunteers to collect the rubbish with accompaniment by the National Civil Police. Initially only three police patrols were granted and other services could not be guaranteed by police protection. Mayor Zelaya said, “In view of this situation with reduced municipal ability, we request that the security forces support the progress and development that the municipality has made.”

It is believed that the gangs became short of money following the holiday period (December – February) and that the threats stemmed from their need to raise funds. Four gangs operate in Apopa (only 20 km from the capital San Salvador) where schoolchildren and students, as well as businesses, have to be extremely wary as they travel to and from their studies on account of the danger of approaches by gang members.

The Barrio 18 gang is thought to be responsible for the threats. The gang had an agreement with the previous mayor who is now languishing in jail along with several gang members.

On 30th January this year I participated in a visit to the Comunidad Romero, close to the town of Apopa. The visit was organised by the Centro de Intercambio y Solidaridad (CIS, Centre for Exchange and Solidarity), and our group discussed the problems of living there with a group of impressive young people who spend much of their time trying to avoid being approached and hassled by gang members. There is little work available and so young people who do not make the grade in school generally hang around on the streets where they are highly vulnerable to approaches by gang members.

The main street in Distrito Italia where the community is located, is run by the Barrio 18 gang on one side and by the Mara Salvatrucha on the other. Young people on their way to school or to get the bus to go into Apopa or San Salvador are particularly vulnerable to these approaches, and so many of the young people from Comunidad Romero have to go the long way round to avoid such contact.

Given the lack of employment opportunities and the lack of alternative forms of development, it is unsurprising that so many young adults join the migrant caravans in search of a future. 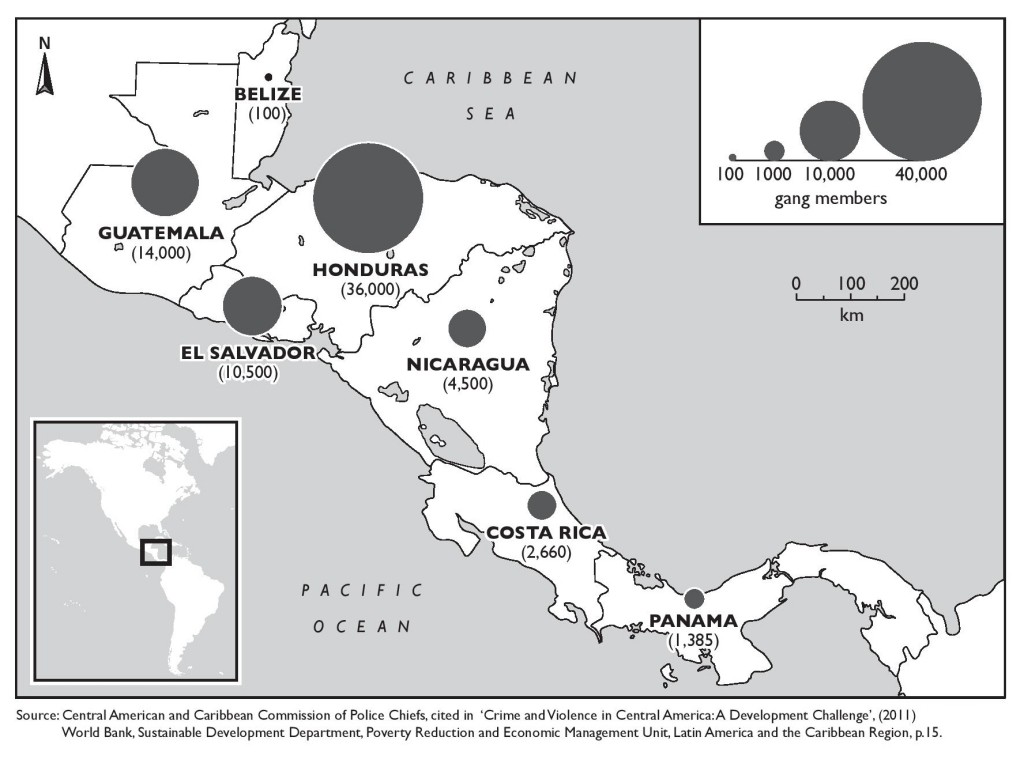 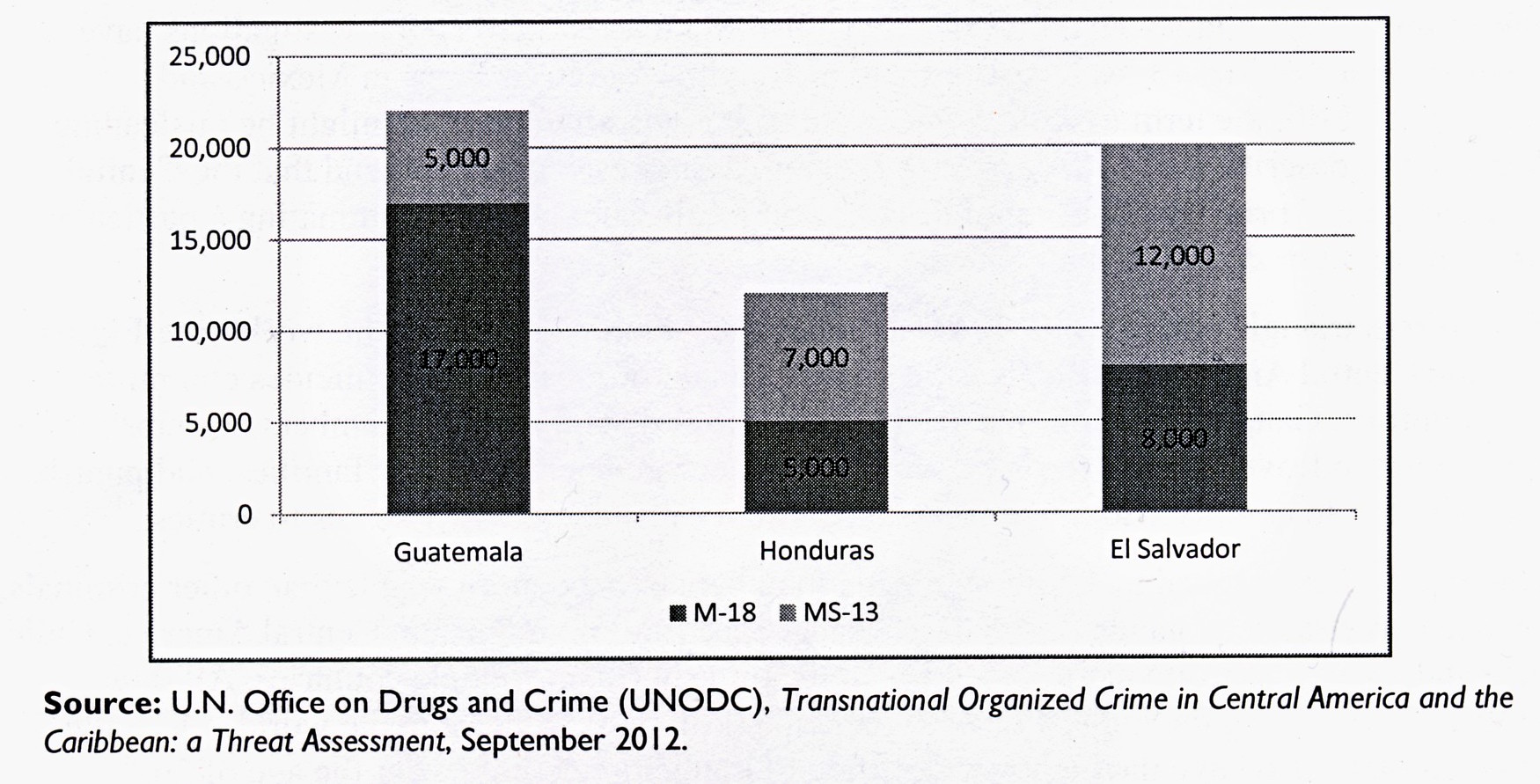 One of El Salvador’s most prominent maras, MS-13 (Mara Salvatrucha), offered to dissolve itself as an organisation in return for government concessions. MS-13 stated that it wanted a dialogue on a range of matters, including political representation and amnesty. The government rejected the proposal, saying that it amounted to negotiations with criminals.

Attempts to control the gangs of Central America is not a new development; with a 2012 truce in El Salvador failing within a year of its implementation. The main difference between 2012 and now was thought to be the promise of dissolution in exchange for government promises, which was previously not offered.

Central American gangs have historically been a problem, with U.S. deportation in the 1980s creating a situation where youth gangs would run rampant in society. Although the perceived importance of such gangs has declined in recent years, Central American cities still remain hotspots for violence, with an estimated 10 homicides a day in El Salvador this year. 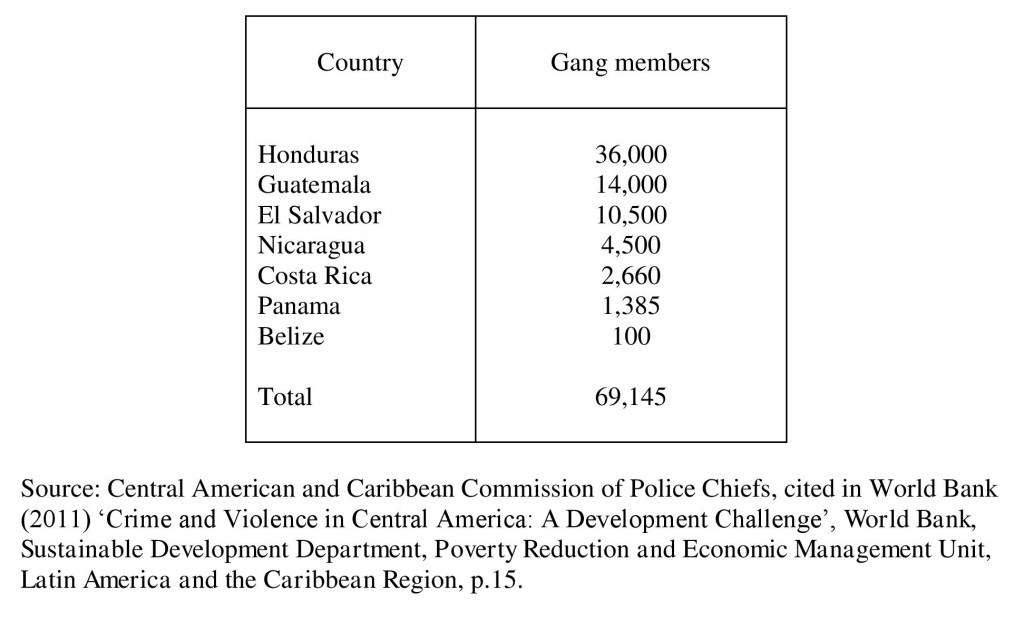